When asked why he got involved in orthodontics, Johan replied:

“The profession of Orthodontics not only empowers you to change somebody’s smile, it offers you the possibility of altering an individual’s future profoundly for the better.”

Johan Baard was born in Bloemfontein and attended Bergsig High school in Rustenburg where he matriculated in 1993.

Johan opened his first practice in Rustenburg in 2008. In 2010 he branched out with a satellite practice in Lephalale and was fortunate enough to open up a third practice in Noordheuwel in 2016.

When not working, Johan enjoys spending time with his family and friends. He has a passion for nature and loves running, cycling and camping. Playing golf is another favorite past-time although his handicap might not indicate his fondness for the gentleman’s game.
Johan is currently a member of HPCSA, SADA and SASO. 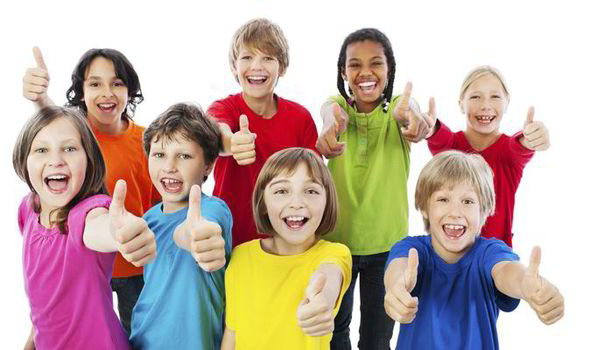 Here is what some of our patients say.

“Excellent experience I have had with Dr Baard. I love my new smile?“

“Excellent service and a team that felt like family when I left!“

Let’s Get an Appointment set for you!